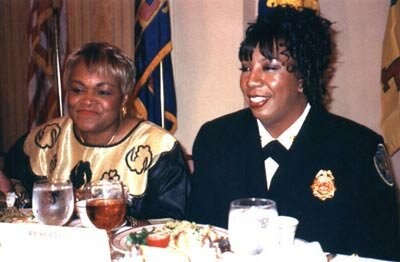 Rosemary Cloud was named March 14, 2002, as the chief of the East Point, Georgia, Fire Department. She became the first African-American woman, anywhere, ever to hold the position of fire chief.

Chief Cloud was most recently Assistant Chief in charge of Airport Operations for the Atlanta Fire Department, where she began as a firefighter in 1980. She worked her way up through the ranks of lieutenant, captain, and battalion chief, and as a newly promoted battalion chief in the summer of 1996 was responsible for the city's largest battalion and for three venues of the Atlanta Olympic Games. She is a long-time WFS member and was part of both the host committee and the faculty for WFS' 2001 conference in Cobb County, Georgia. 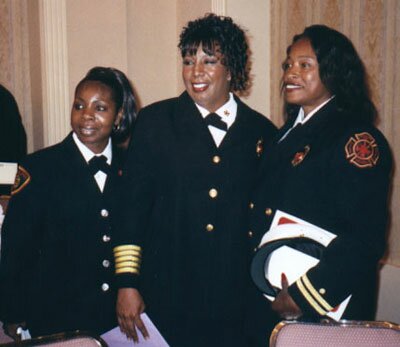 East Point is something of a homecoming for Chief Cloud, as it is the town where she grew up, the youngest of 14 children. Its fire department currently employs five women among its 110-person workforce. Cloud told reporters, "I don't expect my race or gender to be a problem," and says she intends to use an open-door leadership style. She also plans to continue the mentoring work she has done with young girls through the Southern Christian Leadership Conference.

African-American fire service women throughout the country have been making great strides in overcoming old barriers of sexism and racism to excel in their careers, and Chief Cloud is certainly the first of many admirable Black women who will attain top-level chief's jobs in the years to come. WFS extends its sincere congratulations to her for this important achievement, and its best wishes to her in facing the challenges of her new position.