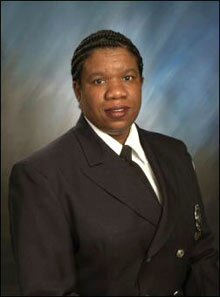 Lexington, Kentucky, Fire Lieutenant Brenda Cowan, 40, was shot and killed in the line of duty on Friday, February 13, 2004. Another firefighter, Jim Sandford, was also shot, and was later in stable condition at a local hospital.

The shootings occurred when firefighters responded to a domestic dispute. As they were bending down to help a woman lying on the ground outside the home, the crews came under fire from the house. Cowan and Sandford were hit, and six other firefighters were pinned down by the gunfire. The event became a standoff that lasted for several hours until the suspect was finally taken into custody.

"This is our worst nightmare," said Fire Chief Robert Hendricks. He described Cowan as "tough as nails... just the kind of person you want to have working with you." Lt. Cowan's funeral service was held on February 18, at the Consolidated Baptist Church in Lexington.