What is a trustee?

Like most other non-profit organizations, WFS receives its guidance and governance from a board of trustees who volunteer their time. Unlike some non-profits, WFS also relies on its trustees to do much of the work of the organization. There are no "honorary" trustee positions in WFS: the women listed here have worked hard, some of them for many years, for a cause they believe in.

The board meets at least twice a year to coordinate and report on activities, review finances, decide on new initiatives, and draw up the budget for the coming year. While these sessions are long and intense, most of the trustee's work is done during the rest of the year.

It can involve many different things: representing WFS on committees, staffing a WFS booth at other organizations' conferences, helping draft new policies and procedures, working on improving outreach to under-represented groups, writing articles for the newsletter, holding meetings with local fire servicewomen, being a local contact for individual women who need support, presenting workshops at WFS conferences, helping organize those conferences and leadership seminars, attending seminars or serving on task groups, forwarding local information to the national office about promotions, injuries, deaths, important legislation or lawsuits, and so forth. The list is extensive, and it is constantly growing. All of these women deserve recognition for the many hours of effort they put forth for WFS purely out of their commitment to fire service women's networking.

Mary Maresca is a captain for the Minneapolis Fire Department, where she began her career in September of 1991. She spent two years in the fire prevention bureau as a fire inspector, from 1993-95, and was promoted to her current rank of captain in 1999. She is involved in emergency preparedness and was active in the process of rewriting her department's emergency plan. She became Board President in late 2005.

Before joining the Minneapolis Fire Department, Mary served for three years in the United States Marine Corps as an Aircraft Firefighter and Rescue Specialist. Mary is currently the President of the Minnesota Women Fire Fighters Association, a non-profit organization dedicated to recruit, train and act as a resource for women interested or currently involved in the fire service. She became a WFS Trustee Intern in 2002, and a Trustee in 2004. 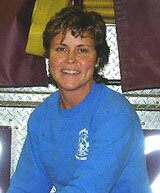 Cheryl N. Horvath was hired as a Battalion Chief for the Northwest Fire District, Arizona, in early 2006. Previously, she was Company Officer for the Urbana, Illinois, Fire Rescue Services. She has been in the fire service since 1992, and has served on many committees of her fire department, including training, recruitment, safety, probationary firefighter, and prevention/education. She was president of Urbana Firefighters IAFF Local #1147 for four years, and is also a field instructor for the Illinois Fire Service Institute, teaching in the fire suppression, rescue, and management programs. In 2003, she was selected as a Rescue Specialist to the first USAR team in Illinois. She served as an intern to the WFS Board in 2005, and was chosen as a trustee and Board Vice-President that fall.

Horvath worked with a group that organized the first women firefighters' training day at the Illinois Fire Service Institute. Their plan is to use activities such as live fire training and first-in officer classes to develop a statewide network of female firefighters that will encourage more young women consider fire service careers.

She also feels strongly that WFS has an important role to play in providing training for firefighters and officers. "Comments from my classmates at the live burn training at the Denver conference convinced me that WFS needs to provide realistic hands-on training to conference attendees. Many women are not getting the training they need to do their jobs successfully. Women will not achieve leadership positions unless they can prove themselves on the line."

Erica Nelson has been a firefighter/EMT-B for Portland Fire & Rescue in Portland, Oregon, since 1999. She is a member of the Peer Support Team and the Honor Guard, and is a CPR instructor. Prior to joining Portland she worked as a wildland firefighter, and spent time on a hotshot crew.

Erica has lived and worked in Antarctica, fished commercially in Alaska, and worked as a wilderness and river guide. She is pursuing a degree in Fire Science.

Erica says she is "excited to represent the next generation of women firefighters." She joined the Board of Trustees in the fall of 2002, and became its Secretary-Treasurer in 2004.

Katherine T. Ridenhour joined the fire service in 1986 and is employed with the Aurora, Colorado, Fire Department. She was promoted to Paramedic in 1992, to Lieutenant in 1995, to Captain in 2001, and to Battalion Chief in 2004. She has been a member of WFS for more than 15 years, joined the Board of Trustees in 1999, and has served as its Secretary, Vice President, and President.

Katherine enjoys instructing and has taught hundreds of hours in EMS and Fire Science subjects. She was assigned to the AFD's training division for over two years and was Lead Drill Master for recruit academies. Currently, she teaches in the department's Officer Development Program, the Fire Officer One program as well as recruit academies.

Katherine has been on the faculty for all of WFS' conferences since 1993. Her 8-hour workshop, "Taking Command: The ABC's of IMS," has proven very popular, and she plans to continue teaching this seminar at WFS conferences "as long as there are firefighters wanting to improve their command skills and have fun doing it." Katherine also teaches classes at the Fire Department Instructors Conferences (FDIC) in Indianapolis and Sacramento. She sits on the FDIC Educational Advisory Board and contributes to Fire Engineering magazine's Roundtable discussions.

Katherine is a longtime member on her department's Human Relations Board. She is a member (Rescue Specialist/Planning Officer) on the FEMA Colorado Urban Search and Rescue Task Force One since 1991 and served on Aurora's Technical Rescue Team for over 6 years. She holds two associate's degrees in Fire Science, as well as a bachelor's degree. She is married to a Denver fire captain and enjoys her two teenaged stepsons. 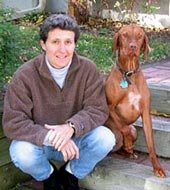 Laura Laurenzi is a Firefighter/Paramedic for the Madison Fire Department in Madison, Wisconsin. She has been in the fire service and a member of WFS since 1988. She was elected to the Board of Trustees in 1997, and was chosen as its Treasurer in the same year. She served as Board President from 2004 until late 2005.

Prior to becoming a firefighter, she was an accountant for the Kenosha, Wisconsin, Department of Social Services. During her eight years as a firefighter for the City of Madison, she has served in the capacity of Executive Board Member, Secretary-Treasurer of IAFF Firefighters Local 311, and has represented Firefighters Local 311 at various State and IAFF seminars and conventions. She has participated in bargaining the labor agreement with the city, has been a member of the Madison Fire Department's Labor-Management Committee and has served on other committees within the union and city government.

Laura holds a B.S. from the University of Wisconsin-Parkside with a major in Business, minor in Economics, and passed the Certified Public Accounting (CPA) exam in 1992. She has worked as an accountant in private industry and for various non-profit organizations, and has served as WFS' accountant for the past five years.

Troy Jennene Gibbs is a captain with the Alexandria, Virginia, Fire Department, currently in the role of Health & Safety Officer. She joined the WFS Board of Trustees in the fall of 2000.

Troy is married and the mother of two daughters. Her interest in the field of Fire and EMS started in 1981, when she became a National Registered EMT in Morgantown, West Virginia while attending college at WVU.

Troy became a Fire Technician I (firefighter) with Prince William County, Virginia, Fire & Rescue in 1986. In 1991 she became a firefighter with the City of Alexandria, Virginia. In 1996, she was promoted to lieutenant and assigned to a truck company. She was promoted to the rank of Fire Captain in May 1999.

She received the City of Alexandria's Certificate of Valor in 1994, and has served as an escort for National Fire Academy during its Fallen Firefighter memorial. She mentors young people and is active in a local camp for disadvantaged youths.

Troy is married to Charles Gibbs, a captain with the Arlington, Virginia, Fire Department. Daughter Tekisha McWilliams, is third class petty officer with the United States Navy and daughter Maurika Quarles, is a full-time student and track star at Radford University in southwestern Virginia. 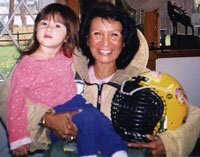 Margarita Martinez Phillips says her "lifetime career" has been as a wife, mother, grandmother, daughter, sister, business partner, and -- most challenging and most rewarding -- a Class B Domestic Engineer.

In her "free-time career," Margarita has been a wildland firefighter for more than 20 years, out of Region 1 in Missoula, Montana. She is a smokejumper and squad leader, Outreach Program Manager, recruit trainer/instructor/mentor and spotter ("kicking smokejumpers and cargo out of the plane"), an EMT, a Human Resource Specialist, Fire Line Explosives Supervisor, and an interagency contract crew representative. She joined the WFS Board of Trustees as its Wildland Issues Advisor in early 2003, and was made a Trustee later in the year.

Margarita says, "I'm always training for something (ultra runner), but mostly like life: sometimes I win, sometimes I just finish."

Maureen McFadden is Vice-President for Communications of Legal Momentum (formerly NOW Legal Defense and Education Fund) in New York City. She brokered and developed a multi-million dollar agreement with Town Sports International to train women firefighter candidates in New York, Washington, and Los Angeles. She is a board member of Tradeswomen Now and Tomorrow, an organization of women who work in the building trades. She was named a WFS Trustee in 2004.

McFadden was previously a producer for CBS News "The Early Show," where she developed programming for the women's market, and has more than twenty years of experience in print journalism as a magazine editor, writer, and public relations director.

McFadden says, "The pioneering women who founded WFS and nurtured it through good times and bad have built a strong foundation for the organization, one that has supported and educated its members and has gained the respect of all those who serve in the field. It feels to me as if WFS is at a turning point: it can either stay as a well-regarded service organization or capitalize on its 20-plus years of strength and gain the funding and name recognition that will bring the organization to a new level."

"I'd like to help WFS explore large, national funding sources: foundations, corporations, and individual donors capable of making large gifts and bequests. In addition, I'd very much like to continue raising WFS' profile and that of women in the fire service through public relations efforts."

Terese M. Floren was co-founder of Women in the Fire Service in 1982, and has served as its director and publications editor since then. She also writes frequent articles for FireWork and WFS Quarterly, and was co-author and editor of The Changing Face of the Fire Service (produced under contract to the U.S. Fire Administration / FEMA and published by them in 1993) and of Many Faces, One Purpose and Many Women Strong, also produced under contract to USFA/FEMA.

Terese developed her interest in the fire service at Antioch College in Ohio, where she joined the volunteer fire department in 1973. In 1975, she was hired by the nearby Fairborn Fire Department, becoming one of the first women career firefighters in the country. She later took a position as a firefighter/paramedic with the Miamisburg Fire Department, also in Ohio, where she worked for ten years.

In 1989, she left firefighting to work full-time for WFS. At the time of her departure, she was an Ohio Fire Instructor, an ACLS instructor, and president of and chief negotiator for IAFF Local 3115. She holds a B.A. in history from Antioch College, and an A.A. in fire science. Her interests include language and writing, travel, books, and birds.